Soooo I’m going to make up for lost times & share with you guys some of the yumminess I ate last summer when I went to China! I literally gained 10 lbs alone from that trip. Everyday was delicious and I took so many photos of food, I think my camera started drooling. Here are some highlights:

Only parts of that dish are actually crocodile. My mom picked out a piece for me & it tasted like chicken. Wasn’t too bad.

Yes, it was not that great. Hardly tried it, who knows how well they baked in there?! It was basically an expensive pan of centipedes chillin’ in an egg. My dad ate like half of the thing -__- 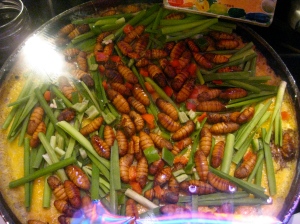 Couldn’t even get myself to order it. 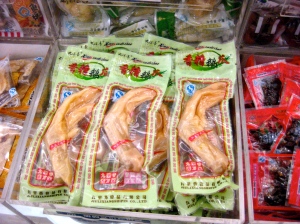 People in China LOVE their chicken feet. It’s even in to-go snack packets, kinda like us Americans and trail mix or something. 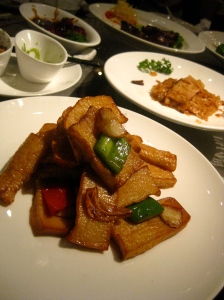 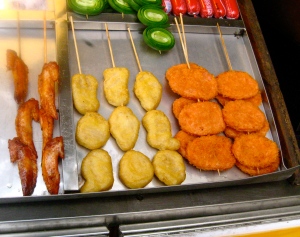 Chicken Nuggets on a stick! 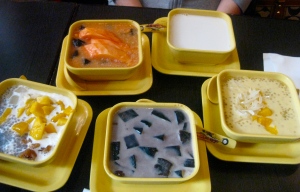 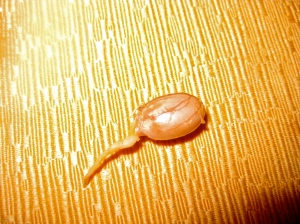 A cool peanut I found in a peanut appetizer dish 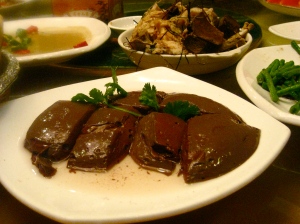 DINOSAUR EGGS (not really- some kinda duck eggs i think...) 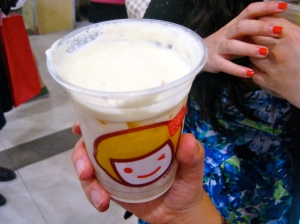 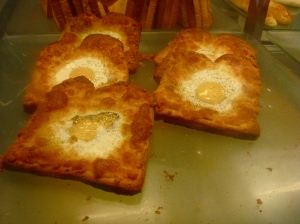 Sunny-side up toast to go! (so cute)

Those are just a few of the gagillion foods I ate during my trip to China & Shanghai last summer. Wishing I kept up with this blog back then so I could’ve updated/uploaded more. But better late than never, I guess! If you guys ever get a chance to visit China, definitely eat as much as possible & worry about the calories later! I especially enjoyed the street vendors that sell food made right in front of you. Really comforting snacks that you can smell from miles away…

And all the animals you get to pick fresh before you eat them! It was actually quite sad & I almost thought about opening all the cages and letting them out. We went to several restaurants with some animals that would never be allowed to be eaten, let alone sold in America.
Ie: stingrays, pretty birdies, crocodiles, beetles, frogs, turtles, fox-racoon type furry critters, scorpions, snakes, & even DEER. Thankfully the restaurant said not many people eat deer anymore (I asked many questions, cause they sure had a lotta explaining to do!)

Here’s some pics for proof:

Sting Ray- quite the pricy guy

Some of the many snakes & turtles up for selection 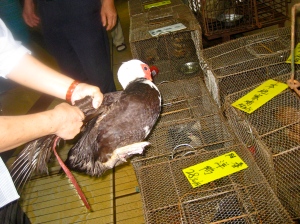 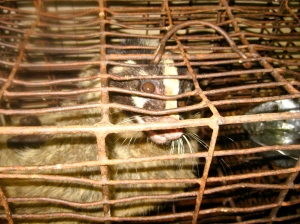 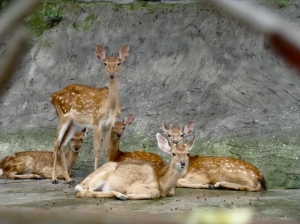 WHAT ABOUT BAMBI?! I truly considered buying all these beauties- who wouldn't stop looking at me, pleading me for help...

But have no fear, once I strike it rich, I will buy out all these animals & set them free!
Until then, they are someone’s dinner…

Never has orange looked so good on a chicken